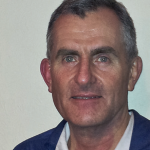 Andrew is a general Otolaryngologist who trained in South Africa and did a fellowship at the Prince of Wales Hospital in Shatin, Hong Kong. He has a special interest in otology and balance disturbance and is based in Hamilton where for several years ran his own clinic specialising in diagnosis and management of dizzy patients. He has over the years attended, and continues to do so, several international courses in the field including the Herdman competency based course in vestibular rehabilitation.

Andrew has a passion for making things and this includes sewing shirts, pen turning, and leather working (all whilst listening to talking books) 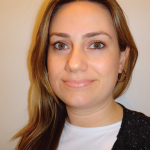 Lisa completed her degree in Audiology and Speech and Language Therapy in Brazil before she moved to London where she spent four years of her career. While in London Lisa specialised in conducting vestibular diagnostic testing in The Royal National Throat Nose and Ear Hospital and The National Hospital for Neurology and Neurosurgery in Queen Square.

Since moving to New Zealand in 2005 she has been practicing a variety of general adult and paediatric audiology as well as running Goulart Hearing, a dedicated hearing clinic in Milford. Lisa is actively involved in overseas conferences in Audiology and Neuro-Otology for constant further education.

Lisa’s passion is to travel. On her spare time she enjoys dancing and painting with her two daughters. 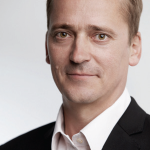 Michel graduated from the University of Auckland and completed his training in Otolaryngology, Head and Neck Surgery with the Royal Australasian College of Surgeons. He was awarded a fellowship at the Skull Base and Auditory Implant Unit in Manchester, UK for one year in 2006 where he was involved in skull base procedures, Otological surgery, general ENT surgery and the multidisciplinary management of vestibular disorders. He spent time at the Cincinnati Children’s Hospital in Cincinnati, USA to further his skills in the management of paediatric ENT disorders. Since his return he has taken an active interest in the management of vestibular disorders. 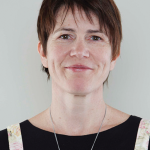 Denise trained as a physiotherapist in the UK and completed her Masters degree in Rehabilitation at Southampton University. She began her academic career as a lecturer at Loughborough University (UK), then moved to New Zealand for an academic position at the University of Otago. Whilst there she completed her PhD in Neuroscience and continued to develop her interests in the control of balance. Denise set up a balance clinic in Dunedin before moving to AUT University where she has continued to develop her interests in balance and vestibular rehabilitation, working with international experts such as Professor Neil Shepard, Mayo Clinic, USA. 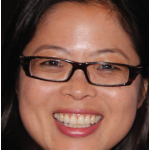 Michelle is an Auckland University graduate who completed her ENT training in Sydney. She was awarded an Otology Fellowship at the John Radcliff Hopsital in Oxford, UK. She has wide experience in multidisciplinary balance clinics and has attended numerous international courses. Since returning to New Zealand, she has been motivated to provide and ensure New Zealanders have available the same expertise and treatment options that are standard elsewhere. 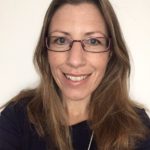 Rachel is a graduate of the Master of Audiology programme at the University of Auckland. After Working locally for two years, she moved overseas where she worked mainly in the area of neuro-otology in the United Kingdom and in Australia. She has recently returned to New Zealand after completing a Doctorate through the University of Sydney, Australia. Here she continues to pursue her clinical and research interests in the area of auditory and vestibular electrophysiology. 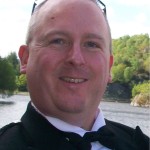 Mike finished a Master of Arts in Political Studies in 1995 and the graduated from AUT as a physiotherapist in 2005. He has worked at Middlemore Hospital since then and became interested in vestibular testing and rehabilitation while working in acute neurology. Mike has since specialised in neurological rehabilitation with an emphasis on vestibular and stroke patients. He has been working almost exclusively with vestibular patients since 2013. Mike continues to balance his working time between NZDBC and Middlemore Hospital. Mike has completed level 1 and 2 of the BradCliff Method© for breathing pattern retraining and is well-placed to treat both breathing problems and vestibular disorders.

In his spare time Mike enjoys playing Star Wars and cricket with his kids, cycling and computer gaming.

Mike is a graduate of the Master of Audiology programme at the University of Auckland. Mike recently returned from Nepal and has re-joined our team.